The Thing Outside the Window

Are you ready to take your courageous heart and desire to impact the world to the stage and tell your story?
YES! I am ready!
Description
Speaker
Transcript
Nigel Simmons was a respected editor-in-chief and lifestyle magazine editor who became a drug addict and was eventually arrested for crystal meth. In prison, he had an experience with a benevolent presence that he called "the room." After making the decision to live, the thing left him and he was allowed to mix with other prisoners. Simmons used his experience to start a new media unit for incarcerated youth, training them in video editing and production. Many of them have gone on to have successful businesses after leaving prison. 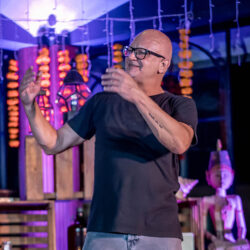 He has recently launched a paperback about his time in Bali that explores the reasons why so many foreigners choose to escape the rat race to move to an island so often pegged as ‘paradise’.